The Future of STEM Education in Iowa 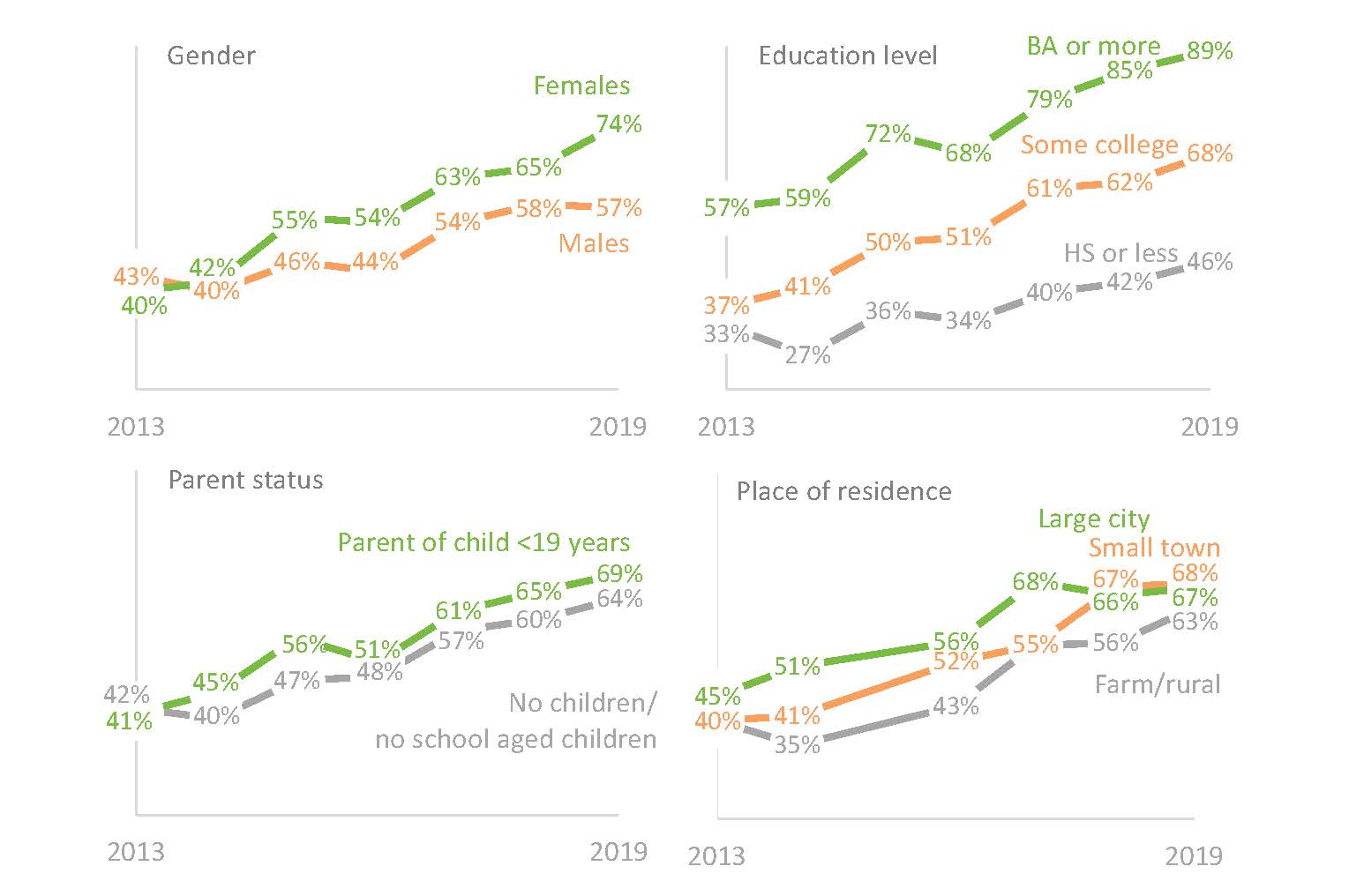 Two-thirds of Iowans (66%) had heard of the acronym STEM. This is an increase from 25 percent in 2013, according to the 2018-2019 Iowa STEM Evaluation Report.
[This is an excerpt from a December 2, 2020, Des Moines Register column by executive director Jeff Weld titled “What is the Next Step for STEM Education in Iowa”]
The education movement known as STEM (science, technology, engineering, mathematics) started at the turn of the 21st century as a response to a plea from industry to produce more technologists, engineers, researchers, actuaries and other professionals for high-demand fields. It has swiftly morphed into a broader education reform movement.
Iowa was one of the first U.S. states to launch a formal STEM education initiative, the Governor’s STEM Advisory Council, in 2011. Since then nearly every state has implemented a similar program. True to the original impetus for STEM, Iowa’s Council initially focused on bolstering K-12 mathematics and science class, messaging to parents and communities the need for more STEM professionals and monitoring trends in production.
By 2014, the landscape around STEM rapidly shifted as successes accumulated though subsets of learners and communities remained underserved. The STEM Council recognized an obligation to widen its vision. Target populations were highlighted. Partners complemented and amplified efforts of the STEM Council. Programmers provided a means for fulfilling the Council’s promise. Although our underlying goal to increase the interest and achievement of STEM learners is timeless, the concept of who they are and how to get there evolved through the years.
Today, nearly every school district in Iowa has participated in at least one of the STEM Council’s dozen programs. Thousands of educators and tens of thousands of youth take part each year. Student STEM participants perform better on standardized mathematics and science tests and express more interest in STEM jobs here in Iowa when they graduate with the gains by minority students even more pronounced. No surprise that public support for STEM education is well above ninety percent. Such evidence compels the state Legislature to back our progress through faithful annual funding, augmented by robust private sector investments.
So what does the near and long term future hold for STEM education in Iowa? Like any experiment that works, priority one is to see that everyone who could benefit from the treatment gets it, and we’re a long way from reaching all students and educators. For the near term then, Iowa’s STEM education system should continuously improve the development and delivery of services especially to those underserved.
Tags:
Future of STEM